Class of 2021: Alex Trainham excels inside and outside the classroom

Long fascinated with computers and audio engineering, Trainham was introduced to coding at VCU and will graduate next month with degrees in computer science and mathematical sciences.

Before coming to Virginia Commonwealth University, Alex Trainham hadn’t really programmed before. In high school in Fredericksburg, Virginia, he was into computers and loved audio engineering — experimenting with beats, synthesizers and other music production tools — but it wasn’t until his mom mentioned a friend who codes that he began considering programming as a possible career.

At VCU, Trainham started taking computer science classes in the College of Engineering and quickly found he had a knack for it. “I tried it and just found [coding] to be fun and interesting,” he said.

Trainham is graduating with a total of 153 credits, earning him not only a bachelor’s degree in computer science with a concentration in data science, but also a bachelor’s degree in mathematical sciences with a concentration in operations research from the Department of Statistical Sciences and Operations Research in the College of Humanities and Sciences.

And for a capstone project at VCU, Trainham used the programming language Python and modern machine learning tools to analyze and predict the sentiment — positive or negative — of posts on Twitter about COVID-19, based on a sample of roughly 1,000 tweets about the pandemic. 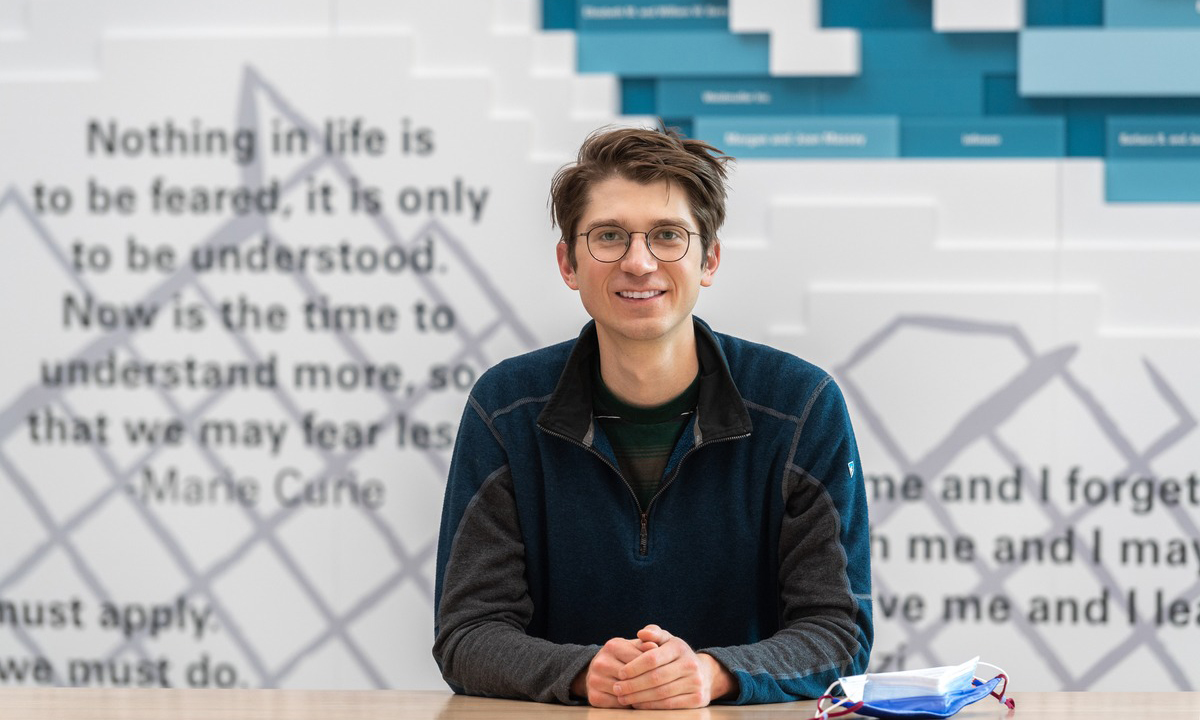 “His work is a modernization of stylometry, which uses statistical modeling to attempt to attribute the authorship of legal documents, written pieces of work and song lyrics as three examples,” said D’Arcy P. Mays, Ph.D., associate professor and chair of the Department of Statistical Sciences and Operations Research. “His work is a testament to the excellent education received from his chosen majors in the College of Engineering and the College of Humanities and Sciences.”

Faculty in the Department of Statistical Sciences and Operations Research chose Trainham as this year’s recipient of the Paul Minton Graduating Senior Award, which recognizes a graduating senior who has excelled both inside and outside the classroom.

Following graduation, Trainham will work as a software engineer at Citrix in Raleigh, North Carolina.

"Computer science students like Alex who also major in mathematics and/or statistics and operations research are actively sought after by high-tech giants such as Apple, Amazon, Google, Microsoft or Facebook,” said Krzysztof “Krys” Cios, Ph.D., D.Sc., professor and chair of the Department of Computer Science in the VCU College of Engineering. “Many of these students receive job offers from those companies even before graduation. Double majors set an example for others to follow a similar educational pathway and, importantly, significantly contribute to the reputation of VCU's computer science and mathematical sciences departments.”

One day, Trainham said, he hopes to combine his love of music and audio engineering with his love of programming. “It would be kind of a dream to work for a music software company,” he said. “That, or work in data science related fields, like a machine learning engineer or something like that. That would be very fulfilling.”