Class of 2021: Jordan Howard Thomas’ degree is a tribute to his grandfather 27 years in the making

Thomas, a mechanical engineering student, grew up adoring Howard Belton, a retired engineer, and reflected on their bond often as he pursued his degree from VCU.

In 1994, Howard Belton had just retired as an engineer at Chrysler in Michigan when his grandson, Jordan Howard Thomas, was born. The two became inseparable.

“I was his right hand,” Thomas said. “When I got to a certain age, he would take me with him. He owned an alarm company. So, he would install alarm systems at people's houses. I would go with him and hand him wires. And I had no idea what [I was doing], you know, I was just there, literally following in his footsteps.”

Thomas moved to Maryland when he was 4, but the connection with his grandfather didn’t fade. He spent every holiday and summer in Michigan, and Belton bought him tools every Christmas.

“Every time I went up there, it was the same old thing, ‘Jordan's always with Grandpa,’” Thomas said. 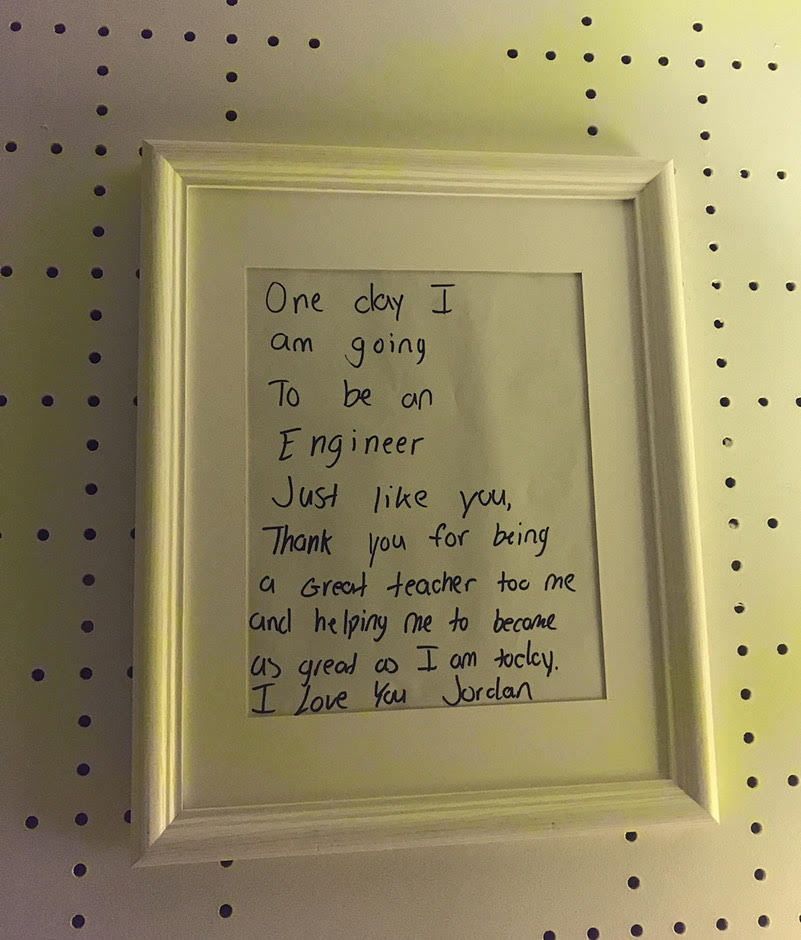 A letter Thomas wrote as a child to his grandfather, declaring he would become an engineer and follow in his footsteps. (Courtesy of Jordan Howard Thomas)

Following, as he did, in his grandfather’s literal footsteps, it surprised exactly no one that Thomas wanted to become an engineer. He chose biomedical engineering, because when he was a junior in high school, his grandfather had a heart attack. “During that time, I really wanted to go inside medical or early-warning devices for things like Alzheimer’s, dementia, heart attacks, strokes,” Thomas said.

But when Thomas came to Virginia Commonwealth University in 2012, he was not accepted into the biomechanical engineering department at what was then the VCU School of Engineering. Instead, he had to enroll in the pre-engineering program.

“It was hard just to wrap my head around it,” Thomas said.

Around his second or third year at VCU, he realized he could accomplish his goals as a mechanical engineer. But choosing a major didn’t make things go any faster. “We all know that you’re ‘supposed’ to graduate in four years,” Thomas said. “People put their own fears in you. If you don't do things by a certain timeline, you're doing it wrong.”

So when Thomas’ pursuit of a bachelor’s degree continued beyond his fifth year — and professors, friends and classmates started voicing their opinions about his major — Thomas didn't get upset or discouraged. He knew they were trying to help, that they want to see him do good things and that they saw great qualities in him. He reflected on special moments when he was young — such as building a go-cart with his grandfather — to motivate himself to stick with it.

“It didn't really bother me that I felt that I wasn't really making any headway with the major,” Thomas said. “I was determined to graduate with an engineering degree because of my grandfather. … I never changed my major because I knew I could do it. I knew if I put enough time in, I'm going to get to where I wanted to be.” 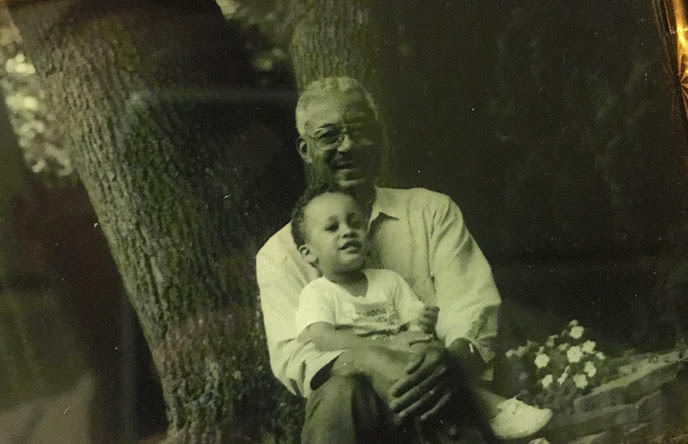 A young Jordan Thomas with his grandfather. Their bond helped Thomas as he progressed toward earning an engineering degree. “I was determined to graduate with an engineering degree because of my grandfather," Thomas said. "I never changed my major because I knew I could do it. I knew if I put enough time in, I'm going to get to where I wanted to be.” (Courtesy of Jordan Howard Thomas)

It took nine years, but his patience and persistence paid off. Thomas will receive his degree in mechanical engineering this month.

“It is not one thing that has made it a nine-year journey,” he said. “I can't pinpoint and say, ‘Oh, it was this class, this class and this class. This is the reason why it's taken so long.’ It was a multitude of events that's happened in my life since I've been at VCU. But I'm a firm believer that things happen for a reason. And ever since I've been here, I've never regretted it, ever. It's prepared me to tackle whatever I want to do in life.”

And what he wants to do now is follow in his grandfather’s footsteps once again. For the past two summers, he interned with Fiat Chrysler Automobiles in Michigan — the same place Howard Belton retired from when Thomas was born.

“That's where I would like to go post-graduation,” Thomas said. “I recently interviewed for a [full-time] position with them and am waiting back on the offer letter. … It’s definitely a full circle moment. [My grandfather] really has given me all of the motivation and tools to get through this.”