Medicines for All Institute quickly pivots to COVID-19 treatments

The Medicines for All Institute (M4ALL) has been developing innovative, cost-effective processes for making drugs that fight HIV, malaria and tuberculosis since it was established at the Virginia Commonwealth University College of Engineering in 2017.

In early 2020, the institute marshalled its resources to tackle the urgent new threat of the coronavirus. By May, the institute’s Global Health Division was focused on addressing the cost and availability of promising COVID-19 treatments.

The Bill & Melinda Gates Foundation, which provided funding to establish the institute, had identified a need to improve supply chain security for pyrrolotriazine, which is required to produce remdesivir, said B. Frank Gupton, Ph.D., CEO of M4ALL and Floyd D. Gottwald, Jr. Chair in Pharmaceutical Engineering, chair and professor of the Department of Chemical and Life Science Engineering. 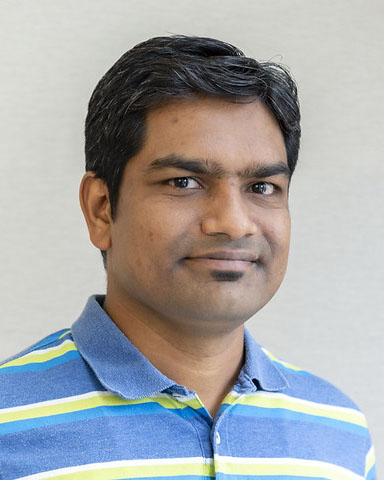 Gilead Sciences’ remdesivir, called Veklury, was the first fully approved COVID-19 drug treatment in the U.S. By summer, Gilead had signed voluntary licenses with generic manufacturers to allow for distribution of remdesivir in 127 countries. To improve the supply chain and prevent global shortages of the antiviral medication, M4ALL researchers — in a matter of months — developed a more efficient way to synthesize pyrrolotriazine from readily available raw materials.

They demonstrated a process that doubled the product yield and used half as many steps to produce pyrrolotriazine. Their study, “Expanding Access to Remdesivir via an Improved Pyrrolotriazine Synthesis: Supply Centered Synthesis,” was published in September 2020, in the American Chemical Society journal Organic Letters.

The institute has since demonstrated its ability to make a significant quality of pyrrolotriazine using the new process, which is available publicly to manufacturers.

The pandemic has shined a light on the importance of ensuring the strength of an increasingly complex pharmaceutical supply chain.

In addition to remdesivir, the Gates Foundation sought M4ALL’s expertise on an oral medication, molnupiravir, which is currently being evaluated to treat COVID-19.

Discovered by Emory University scientists, molnupiravir (also known as EIDD-2801 and MK-4822) is being developed by Merck & Co. in collaboration with Ridgeback Biotherapeutics. As an oral medication, it could be easier to administer early in the progression of the disease than remdesivir. It is being evaluated in late-stage clinical trials for use in hospital and outpatient settings.

M4ALL has demonstrated multiple novel, efficient synthetic routes that can be used for the large-scale manufacture of molnupiravir. In particular, one of the routes which relies on widely available raw materials, requires only two steps and results in a high yield.

Rajappa Vaidyanathan, Ph.D., chief operating officer of M4ALL’s Global Health Division, said, “Our recent successes on remdesivir and molnupiravir are a clear testament to the creativity and agility of the M4ALL team. This is an example of timely, innovative work by the M4ALL team that impacted global health in real time.”