Catching up with VCU Engineering’s first graduates: The Class of 2000 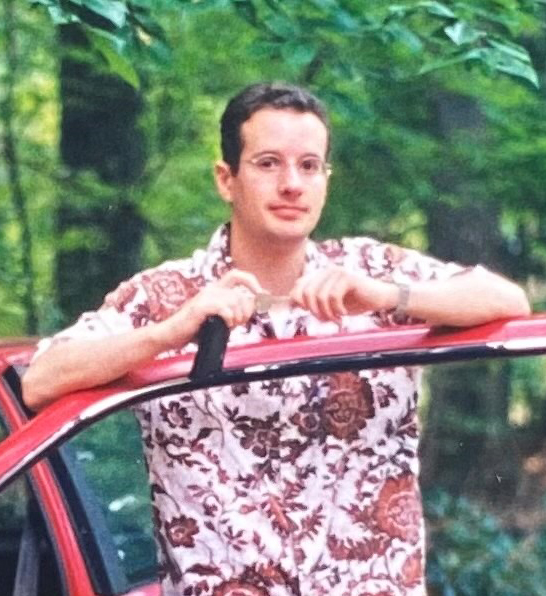 Twenty-five years ago, VCU Engineering opened with a cohort of 103 students who would become — significantly — the class of 2000, VCU Engineering’s first graduating class. Today, these intrepid alumni are making a difference across the nation and the world. We caught up with some of them to find out what they remember about the earliest days of the college.

What do you remember most (or most fondly) about your time at VCU Engineering?

I mostly remember the excitement of starting something new. Being a part of VCU Engineering at that time felt like the start of a great endeavor, and the feeling was palpable. The school started with a big vision and a lot of ambition, and it has been wonderful seeing all of that pay off.

What would people be surprised to learn about those early days of the program?

I think the energy! There was a tremendous investment from so many people to establish VCU as a great engineering school, and we all wanted it to succeed. There was a lot of uncertainty and a lot of figuring things out as we went, but everyone was on board with making it work.

Much smaller and very diverse! VCU was known as an art school at that time and had a major presence on campus and it was a lot of fun seeing the mix of students from engineering and the arts. VCU was also investing heavily in arts at that time, as well, and they even set up an awesome project for the engineering and arts students to work together, and it was great for both schools.

Tell us about a cool-at-the-time piece of technology or equipment you got to work with as an undergrad.

Boy, when I started Microsoft Excel, and even email, were new!! I came from a small, rural school with very limited technology, so almost everything I did at the school was new to me. I had never soldered anything, written a program or used CAD, so getting to build circuits, program robots and design things in three dimensions with SolidWorks was amazing to me.  And that was all in the first year!

What was your goal when you first started at VCU Engineering? Did you achieve it?

My goal was to become an engineer and have a career in that field and, yes, I have been working as an engineer since graduation and plan to continue.

The size. VCU overall has grown tremendously since we started, but especially VCU Engineering. When we started, and for the first two years, we didn’t have our own building yet. We were scattered in classrooms across campus, and the leadership team was in a house on Franklin Street. When they built the building, it was wonderful to have our own facilities and they were state-of-the-art at the time. And there were discussions at the time about potentially building a second building across Belvidere, but it seemed so far off.  Now to see that second building — and a third one — is really cool!

Are you surprised at how VCU Engineering has changed over the years?

Yes and no. The school felt like a startup at the time because it very much was. A lot of ideas and a lot of excitement, but there was always one big vision of establishing the school as a great engineering program. The people may have changed, but the vision and the passion have remained the same, which is what has led to the success of VCU Engineering over all these years.

What are you doing now? How did VCU Engineering help prepare you for it?

I am a Branch Head at the Naval Surface Warfare Center, Dahlgren Division, leading and supervising engineers and scientists that develop and integrate weapon control hardware and software systems onto manned and unmanned platforms. VCU Engineering always emphasized preparing us for a full career in engineering, including leadership. They focused on making us well-rounded and giving us hands-on experience, which has been a huge help throughout my career. I studied mechanical engineering, but was exposed to electrical engineering, chemical engineering, computer science and mechatronics – which was a new field at the time. That background has helped me work on a wide range of projects throughout my career. And now it helps me lead a diverse, multi-discipline team developing critical technology for the Department of Defense and our warfighters in the field.

Is there something else you'd like to comment on as a member of the first VCU Engineering graduating class?

I would say the biggest thing for me is that the VCU Engineering was a big gamble for all involved. For all of the faculty who came to VCU from other established schools, and for students who could have gone to other programs throughout the country. The program could not be ABET accredited until the first students completed the program, so we didn’t know for certain if we would even be graduating with a degree from an accredited program. But we all had faith that the program would be accredited and that having a VCU Engineering degree would be a source of pride for all of us. I am happy to say that the gamble paid off and then some!