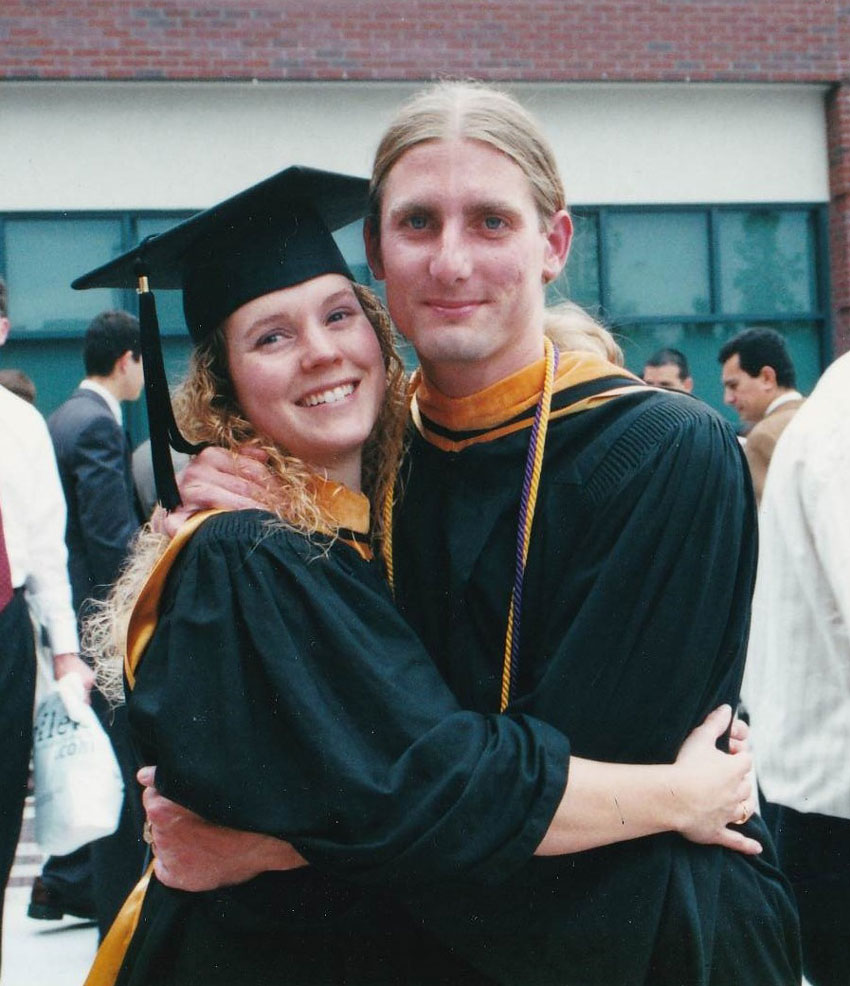 The Cains are part of the leadership team that worked to scale San Diego, California-based Ballast Point Brewery into an internationally-recognized craft beer brand. When Ballast Point was sold, the time was right to create a new scholarship for the program where the couple met and where their professional journey began.

“We were rewarded for hard work, and we began with a great foundation,” Julia Cain said. “College is both really expensive and really important, so this was the right way to give back.”

Both enrolled at VCU in 1997, when the year-old School of Engineering was imbued with a sense that “something new and exciting was being created here,” according to Nick Cain. They each had multiple options when they were deciding where to pursue their engineering degrees, but each was attracted to the personal feeling that the new engineering school at VCU had.  And he had received a scholarship from VCU, a fact that tipped the scales in his choice to come to VCU and showed him the significance of such programs early on.

First-year engineering students resided on two floors of Rhoads Hall when the Cains were undergraduates, which Julia Cain said helped the burgeoning school build a culture and a sense of community. Her husband agreed. “It’s important to remember that West Hall wasn’t here then,” he said. “Engineering classes were all over campus, so it was important that engineering students could reside together.”

After graduation, they briefly relocated to Boulder, Colorado, ultimately returning to Virginia to work with Infineon Technologies and its spinoff firm, Qimonda. They had been introduced to craft beer making in Boulder and pursued it as a serious hobby during their corporate careers with Qimonda. When Qimonda filed for bankruptcy in the 2009 downturn, they relocated to Julia Cain’s native California and took their love of craft beers with them. She worked in aerospace and earned her M.B.A., while he sought out every opportunity to learn the science, engineering and business of craft brewing. By 2013, both were working for Ballast Point Brewing and Spirits, a small beer company with big growth potential. They helped build a world-class quality control program and find the process efficiencies that equipped Ballast Point to go from 25 employees to more than 800. Constellation Brands, Inc. acquired Ballast Point in late 2015 for a record-breaking price of $1 billion.

Julia and Nick Cain said the training they received under superb, demanding faculty members such as Gary Huvard, Ph.D., former associate professor of chemical engineering, and Gary Wnek, Ph.D., former chair of the Department of Chemical Engineering, imparted many of the creative thinking and problem-solving skills that fueled their careers. Witnessing the birth of a new engineering school also yielded life — and business — lessons.

“We watched the School of Engineering grow,” she said. “We saw what it looks like when something is being built, so doing that with a company was not all that different.”

They hope to see the scholarship go to students who excel academically but are also excited by the application side of engineering. “You take chemistry as a science and it’s cool — then you get to chemical engineering and see how it applies to the world at large,” she said.

Their advice to the VCU chemical engineers who will benefit from the Julia and Nicholas Cain Scholarship? “Go out and find problems to solve,” he said. “Follow your passion and don’t be afraid to take a risk.”