Researchers at Virginia Commonwealth University working together across several disciplines have discovered ways to speed up chemical reactions that could dramatically drive down the costs of producing pharmaceuticals. 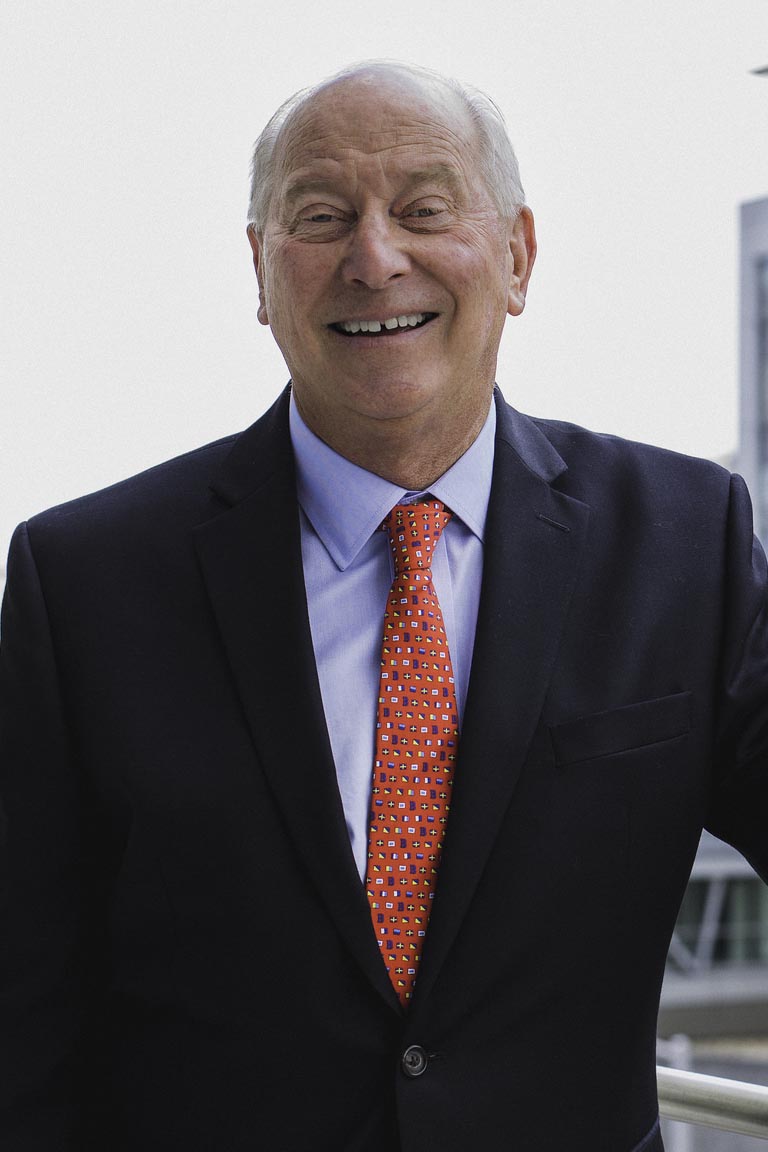 Frank Gupton, Ph.D., the Floyd D. Gottwald Jr. Chair and chair of the Department of Chemical and Life Science Engineering, has joined forces with leaders of the VCU departments of Physics and Chemistry in the College of Humanities and Sciences to develop processes that will reduce contamination, increase recyclability, save time and use less expensive materials in the synthesis of pharmaceuticals.

In a study that appeared in the January 2019 edition of Reaction Chemistry & Engineering, Gupton and his former doctoral student Yuan Yang, Ph.D., found that a new hybrid nanomaterial used as a catalyst was 10 times more active than current commercial standards.

Yang said their discoveries could ultimately help lower the cost of drug production in several ways. “If a chemical plant can make chemicals 10 times faster, it will save a lot [in terms of energy and production costs],” he said.

That study is the latest advance in a multi-pronged project that began several years ago when chemistry professor M. Samy El-Shall, Ph.D., presented his research on synthesizing a material called graphene to chemical engineering students. 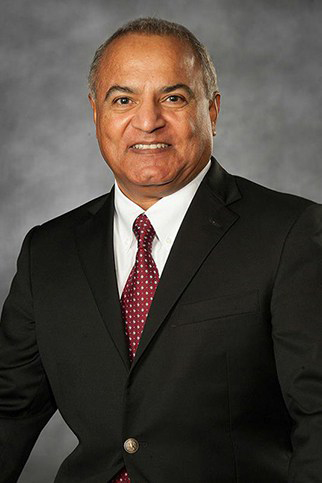 Graphene is a very strong, dense form of carbon in the shape of a flat lattice that is just one atom thick. (One millimeter of graphite is made up of three million layers of graphene.) Imagine using an ordinary pencil with graphite to write and your strokes leave only a single layer of atoms on the paper. Graphene has attracted enormous attention since its discovery was published in 2004. One reason is its high conductivity—it could someday be used to make paper-thin, transparent computer monitors that could be rolled or folded up.

Gupton wondered if graphene could be used in organic chemistry to help make catalysts that are used in certain reactions. Gupton asked El-Shall if he had ever tested a reaction involving graphene and the metal palladium. “I said, ‘No, we haven’t—but we’d be interested in doing it,” recalled El-Shall, now the Mary Eugenia Kapp Chair and chair of the VCU Department of Chemistry, of those initial discussions.

Palladium is used as a catalyst in the synthesis of active pharmaceutical ingredients (APIs) of many drugs, but it is not easy to recycle and it contaminates part of the product, which is then wasted. “We had this idea about putting palladium onto a support system that we could then filter off,” Gupton said. The support system he wanted to try was graphene.

Intrigued, El-Shall said, “We started working with [Gupton’s group] immediately. We had the materials already prepared. We gave it to them, they ran the reactions. They found very interesting—and unusually high—activity.”

Gupton discovered that when palladium was deposited on graphene through microwave heating, not only did the graphene successfully support the palladium—enabling the catalyst to be recycled—it actually accelerated the reaction. “A reaction that would take maybe eight hours to run—we could do in about 30 seconds,” Gupton said. “We got this enhanced catalytic activity, plus [the graphene] stabilized the palladium nanoparticles so they wouldn’t leach off.”

El-Shall said, “We consider this breakthrough work,” adding that original paper has since been cited more than 400 times.

Optimizing through trial and error 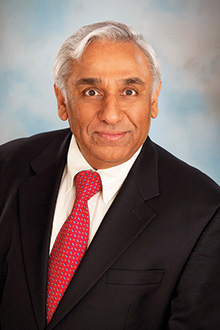 The discovery was exciting, Gupton said, but a question remained. “Why were we able to get all this high catalytic activity?”

Gupton sent Yang to investigate the interactions between the palladium and graphene under Shiv Khanna, Ph.D., Commonwealth Professor of Physics and chair of the physics department.

Khanna said, “Our first task was to know why these particles supported on this graphene are such good catalysts for this reaction,” he said.

Through theoretical work, Khanna, Arthur Reber, Ph.D., an associate professor in the Department of Physics, and Yang learned that palladium particles on the graphene film resulted in graphene acting as both a charge donor and a charge acceptor. “It is this ability to donate charge and accept charge which makes the process go very fast,” Khanna said.

“Once you understand why these things are working the way they are, then you can improve upon them,” he added.

Part of that understanding has come through trial and error, such as realizing the significance of using microwave heating to create the catalyst.

El-Shall’s group was among the first to create graphene using microwave heating. Gupton said his team “just happened” to follow that process. “We didn’t think that was anything magical,” Gupton said. “But it turns out, it was.”

When Gupton’s lab tried creating the catalysts without microwave heating, the extremely high catalytic activity was lost. As researchers continued to test and optimize the process, they found that using microwave heating was key.

In the process of creating the catalyst, the palladium nanoparticles and defects in the graphene need to be formed simultaneously. “Defects are like vacancies, like missing atoms—very tiny, tiny holes,” El-Shall said. The palladium nanoparticles that form inside those vacancies is constrained to the size of the holes, becoming trapped and integrated within the graphene structure. The palladium “becomes part of that [graphene] sheet.”

While running these experiments, Gupton said, “we were doing the computational studies and modeling studies with Dr. Khanna’s group. And the two of those results merged into a common understanding of how these catalysts work. It was pretty cool.”

Carlos Castano, Ph.D., assistant professor in the Department of Mechanical and Nuclear Engineering, who was previously the director of Gupton’s catalysis center, has continued to work in this area and was also a co-author on the January 2019 article in Reaction Chemistry & Engineering about a new hybrid material that is 3D and formed with carbon nanotubes.

Seeking to improve the recyclability of the catalyst by discouraging the nanoparticles from sticking to each other and eventually losing their activity, Castano said, “What if we create an architecture that is flat but it also has certain pillars” to keep them separate. “We were able to grow carbon nanotubes, which is another type of carbon, on top of the surface of graphene. That way we get 3D instead of 2D.”

Castano said the researchers also added nickel particles. Because nickel is magnetic, it makes it easier to separate the catalyst from the product.

Meanwhile, because palladium is expensive, Khanna, Gupton and Castano have looked into whether combinations of palladium with other metals such as iron, nickel and copper would produce similar results at a lower cost. They authored a cover story for the Journal of Physical Chemistry in November 2018. “We made a composite cluster of nickel and palladium,” Khanna said. “The theoretical prediction is that this combination can offer even higher reaction rates than the palladium clusters by themselves.”

Khanna said having his lab create formulas through theoretical work while Gupton’s lab carries out experiments to test them has been “a wonderful collaboration. The university encourages it but there are not many who are doing it—combining Humanities and Sciences and Engineering to do something so remarkable.”