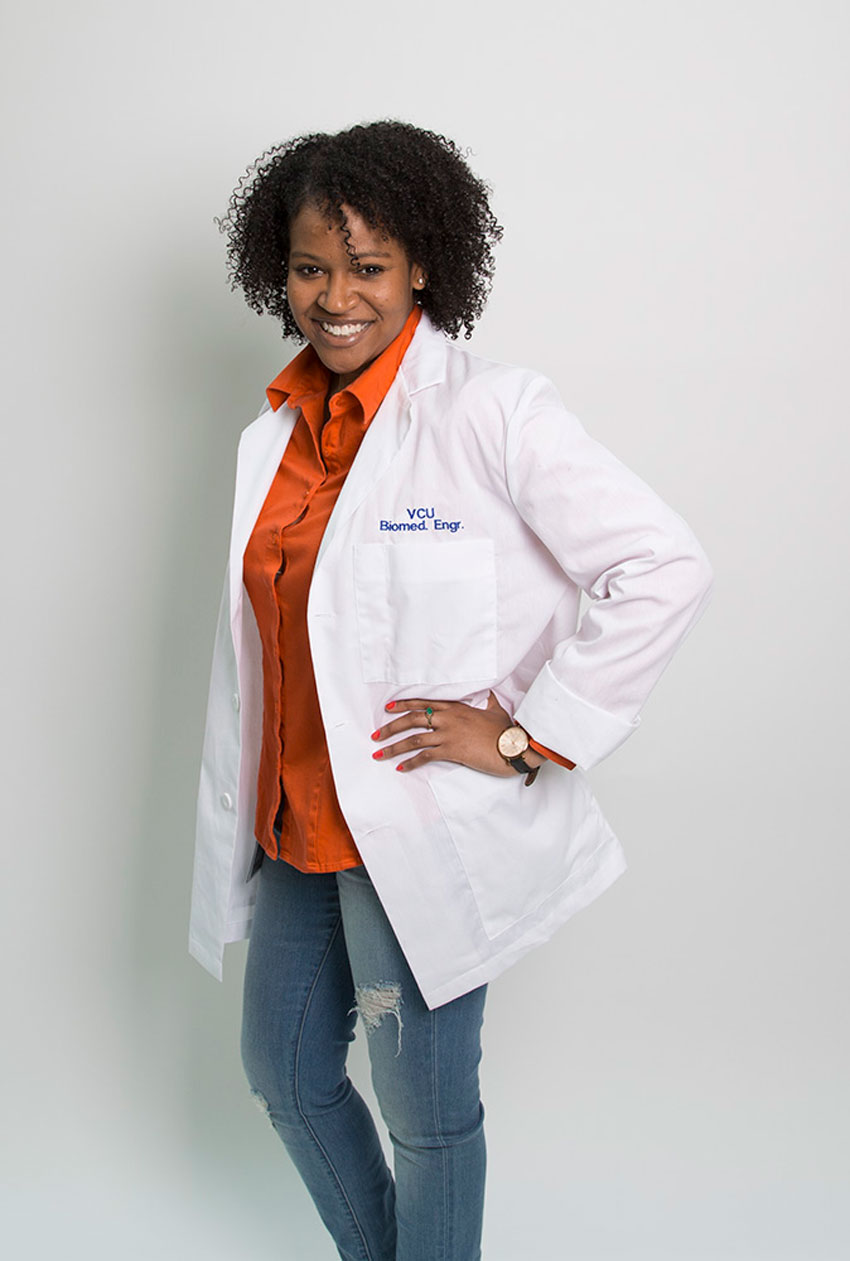 Griggs earned her bachelor’s degree at the University of Virginia, then came to VCU to begin her doctorate in 2012. She immediately became involved in VCU’s Louis Stokes Alliance for Minority Participation (LSAMP), a National Science Foundation-funded program committed to enriching all of the STEM fields with talent from traditionally underrepresented groups.

Although Griggs is already published in peer-reviewed journals and has received numerous research awards, she said LSAMP has been her most enriching experience. “This is what makes me wake up in the morning and want to succeed in BME,” she said. “I can’t imagine not doing it.”

After volunteering with the organization for a year, she took over as LSAMP program coordinator in 2013 and helped faculty adviser Rosalyn Hobson Hargraves, Ph.D., associate vice president for Inclusive Excellence and an associate professor in the Department of Electrical and Computer Engineering and the VCU School of Education, spearhead its newly revamped Summer Transitions program.

Summer Transitions brings about 40 first-year STEM students to campus before the start of classes for several days of workshops, research experiences and teambuilding as well as a hybrid course to hone math, chemistry and study skills. The benefit is apparent both immediately and over time. “Once they are on campus, they stay in the LSAMP network for the long haul,” Griggs said. “We want to make sure they have the resources they need to be successful. Building that network of support is imperative.”

Mechanical engineering major Jordan Glisan is one member of that network and credits LSAMP with helping him navigate “an intimidating new atmosphere” and credits Griggs with providing “a mentoring relationship that felt more like a friendship.

“She’s helped change the lives of over 100 students through the LSAMP program,” Glisan said. “I am forever grateful to be one of them.”

Chris Largaespada, a biomedical engineering major, said Griggs “has become a symbol to so many people at VCU of what it means to work hard and genuinely uplift everyone you encounter.”

Griggs said learning she would receive a PACME Award prompted her to reflect more deeply on why her work with underrepresented minority students has been so meaningful to her.

“Diversity and inclusion are what make VCU so special. It’s what will drive scientists and engineers to create things that build a better life for all,” she said. “The strongest innovations I see are the ones that reflect the deepest understanding of a broad range of people.”