Officials representing Virginia Commonwealth University and the government of Ivory Coast have signed an agreement to train researchers in the West African country to develop high-quality pharmaceutical manufacturing capabilities.

VCU and its College of Engineering are home to the Medicines for All Institute, which is dedicated to improving access to lifesaving medications for HIV/AIDS, malaria, tuberculosis and other diseases around the world. Under the three-year agreement, the university will help Ivorian chemists and engineers gain the necessary expertise to produce medicines in their home country.

“Students will come from Ivory Coast to our school and learn the techniques ... and take them back to Africa to improve the production of these drugs in a place where they really are needed,” Boyan said.

The university will also provide research and planning expertise to help the government create a new research institute on the campus of the Institut National Polytechnique Félix Houphouët-Boigny in Ivory Coast, and consult in the development of a drug research facility. The initiative seeks to reduce global dependence on a few manufacturers while empowering countries such as Ivory Coast to be self-sufficient in providing high-quality health care to their own citizens.

Mabri said the impact of the program with VCU would ripple far beyond the nation’s borders to greater Western Africa and beyond. Patients with malaria take up half of the hospital beds in Cote D’Ivoire, he said, and HIV is also a major problem because of the high local cost of medication.

“We are working together to build a better world,” he said. 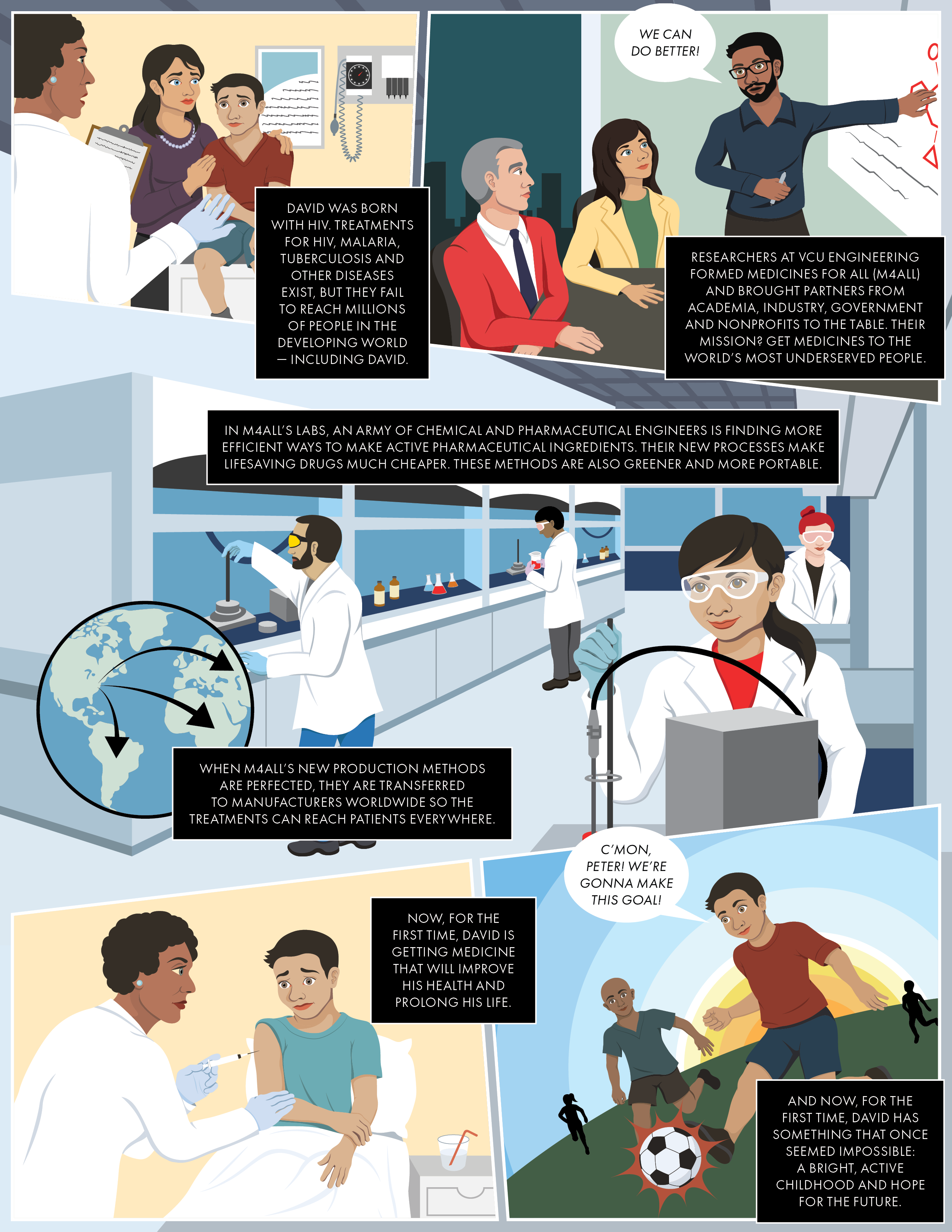