An archaeologist, a brewmaster and an engineer walk into a bar...

A university, a historical foundation and a brewery seem like an unlikely alliance. Unless, that is, you’re attempting to recreate America’s first beer. 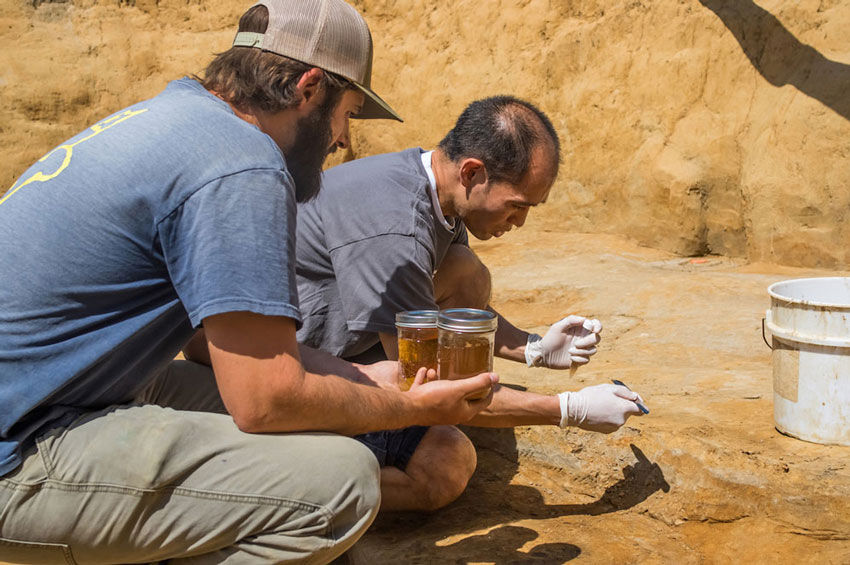 Jamestown Rediscovery Foundation, whose archaeologists recently excavated a brewery from the 1600s, is the historical component.

Hardywood Park Craft Brewery, a Richmond-based brewhouse that has worked with Fong on other projects and will produce the actual beverage, completes the team.

“It actually makes a lot of sense when you think about it,” Fong said of his lab’s work with Hardywood. “From a research standpoint, a lot of what my lab does is working with microorganisms (bacteria and yeast). And a lot of the research projects we will do are focused on growing, engineering or modifying them. … So from that standpoint, fermentation and producing alcoholic beverages is essentially what my lab does.”

Of course, Fong’s lab doesn't routinely create drinkable alcohol. But at the same time, he said, the skillset that his students learn and cultivate on a daily basis is equally transferable to fermentation of beer.

The brewmasters at Hardywood, an international award-winning brewery, were gracious early on, Fong said, letting his chemical engineering students tour its facilities to see the entire fermentation process.

During these tours, Fong and head brewmaster Brian Nelson would often speculate about other ways the university and brewery could work together.

Little did they know they would one day collaborate on reproducing a beer from the Jamestown settlement. 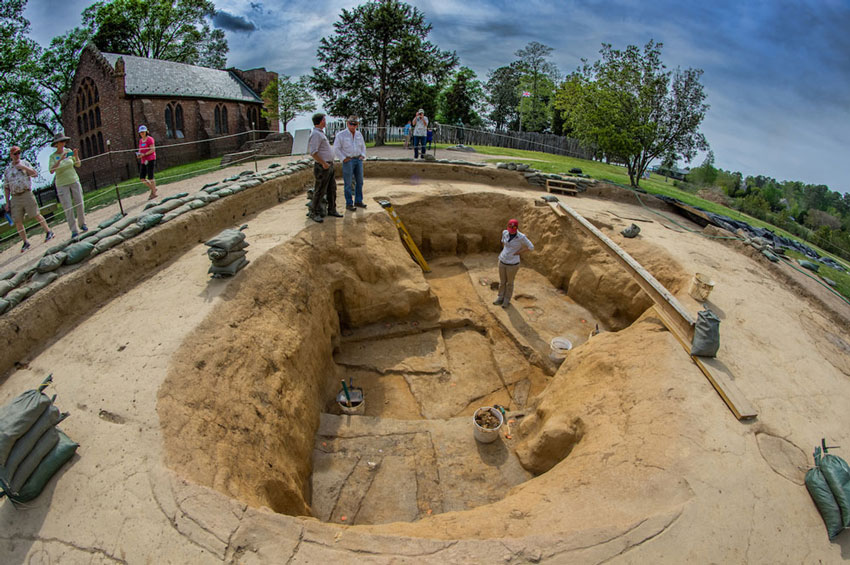 An excavation site at Jamestown.

For a number of years the researchers in Jamestown have been studying the lifestyle of early colonists including what they ate and drank. Jamestown archaeologists have identified a structure that they thought could be a brewery, making it the first ever built in the United States. Having worked with the foundation to study the health and food consumption of the colony by looking at the dental material excavated (the earliest remains of Jamestown, dating to the first three years of the colony), Engineering Dean Barbara Boyan, Ph.D., suggested they contact Fong.

Jamestown, literally “America’s birthplace,” presents archaeology in action for visitors. Rather than being barred from a closed site, visitors can witness ongoing excavations and ask questions of the archaeologists as they work. But the foundation had been looking for something special for the upcoming 400th anniversary in 2019 of the first democratic government in America. 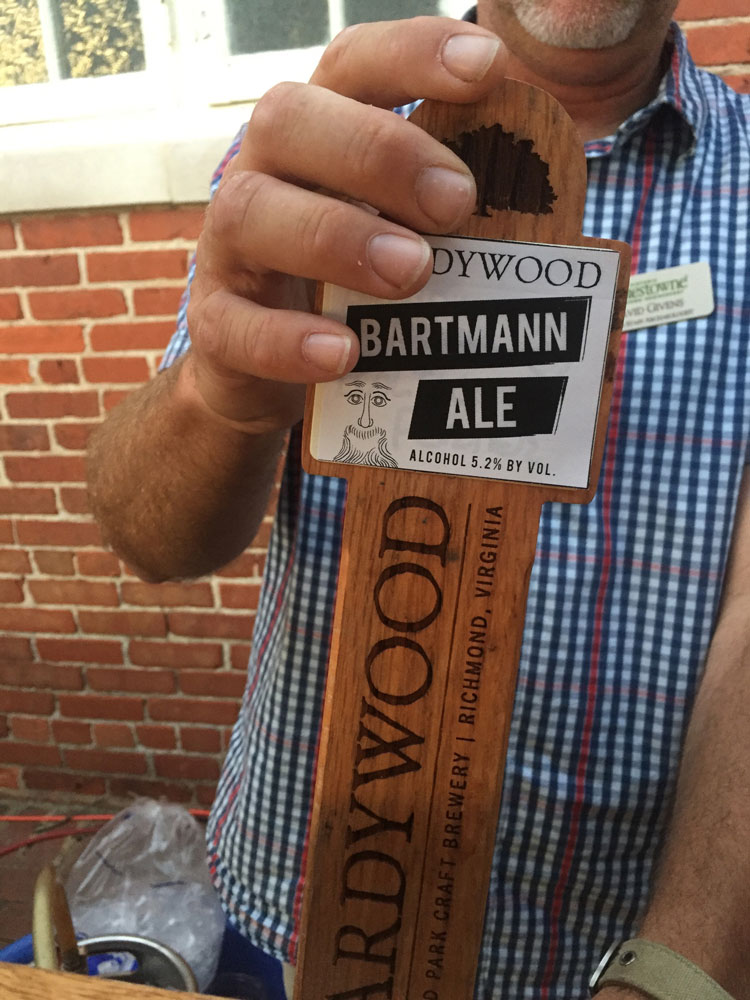 The foundation hoped Fong could analyze fragments for the excavation site to shed some light on details of the early brewery.

Fong, having worked with Hardywood for a while at this point, had an even loftier proposal. How open, he asked, would they be to something more speculative? Would they be willing to allow Fong and his team to prospect for an organism from the site from which they could potentially make a consumable product?

“Not just the analysis part, we’d actually make a product from it,” he said. “And they said, ‘This sounds awesome!’”

“Our research has always been predicated on history, science and archaeology, so this is yet another case of an exciting story of early history in Virginia.”

The concept was extremely speculative, Fong said. He could run a whole bunch of different tests, and if his luck was really bad — which was often the case, he said — he could end up with nothing. But chances were good that he would find something.

“The question [becomes] is the something you find actually something that can be used to ferment and make a beverage,” he said. “You can find lots of things, but most of them you don’t want to drink, whatever it’s producing.” 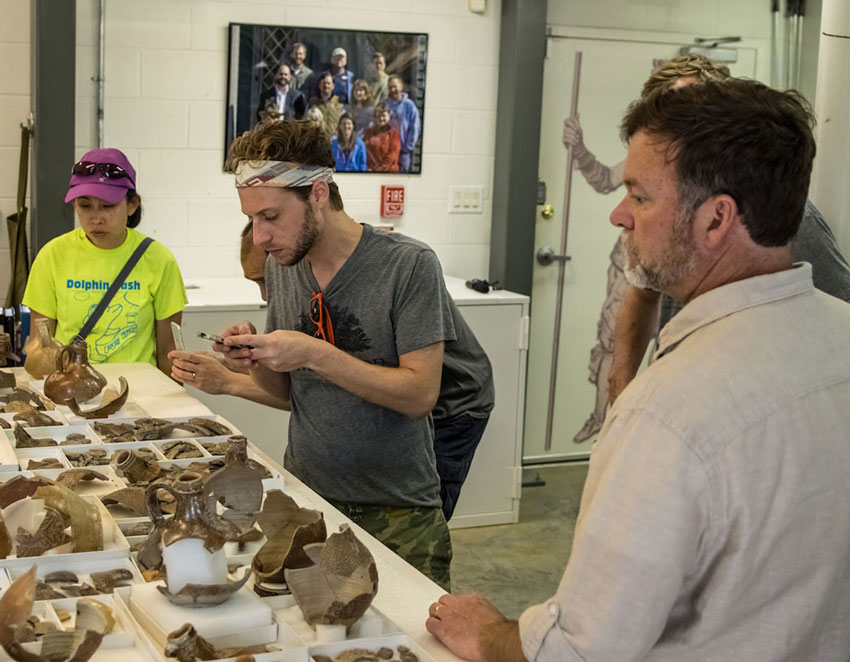 Fong and his group, including collaborator Grace Lim-Fong, Ph.D., from Randolph-Macon College, collected samples and returned to Richmond where they started growing their findings in flasks to see if any of them produced ethanol. The second round of sampling this spring resulted in some samples that produced between 5 and 6 percent alcohol by volume (ABV). After testing and retesting, a few of the team members decided to taste it.

“That’s all sorts of bad science,” Fong said with a laugh. “Using myself as a test subject.” But they figured the alcohol content would kill off anything harmful. “It was a ‘it smells reasonable, let’s just go for it’ kind of thing. We all said, ‘It’s pretty good. It’s not bad. We’re still alive!’”

As much as possible, the team is using materials that existed in the 1600s, Fong said. In fact, workers are even gathering water from a well dating back to 1608 to add to the brew.

“We’ll take the water, analyze it, make sure there are no toxins in it — safety precautions across the board. But at the same time, you could say this is the water from that well.” Fong said.

While the team is faithfully recreating every possible component of the 1619 beer, it cannot be 100 percent certain that this was exactly what they would have made beer with in the exact same yeast that they made the beer with in that first brewery that was open in the 1600s, Fong said.

“As much as possible, what we’re trying to do is, ‘OK, well, this is a pottery shard that we know came from here,’” he said. “If we can get something from that, we can at least make that connection. … Can I guarantee this is what they used? No, but I can say that this is from that period? Pretty much, yes.”

Jamestown's Givens noted that the beer is special because it is a collaboration between three organizations with an interest in history, science and archaeology.

“We each do what we do best and will come together to celebrate the beginnings of brewing in America,” he said. “If it all works out, folks can literally drink history.” 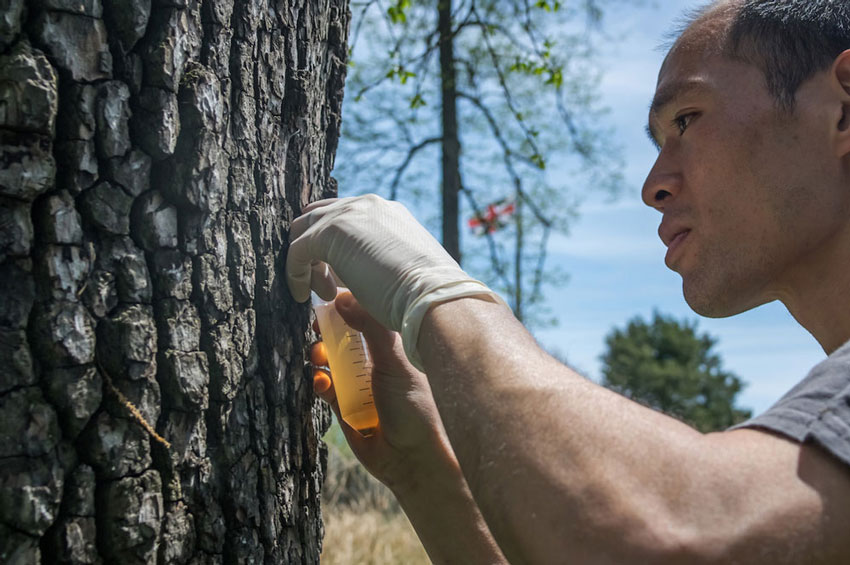