Undergraduates from across the country train in mechanobiology research at VCU

Nicholas Toosi could have spent his summer working at his dad’s engineering consulting firm or at Pennsylvania State University, where he is a rising junior.

Instead, the biomedical engineering major chose to study at Virginia Commonwealth University with Rebecca L. Heise, Ph.D., under a grant from the National Science Foundation’s Research Experiences for Undergraduates program.

Heise, associate professor of biomedical engineering in the VCU College of Engineering, is principal investigator for the project, "REU Site: Mechanobiology at VCU."

Ten undergraduates from around the country are receiving training in engineering research this summer as part of the grant, which will continue for the next two summers. Attracting students from all over the country, Heise said, gives them a chance to see what VCU is all about.

Rather than a specific project, the grant funds an educational program for undergraduates, Heise said. The students are working in various labs on individual projects that are centered around the general theme of mechanobiology. However, all the individual projects are different.

“Mechanobiology is basically a fancy way of saying that we're interested in how mechanical force influences the biology of a cell or a system,” Heise said. “In my lab, we do lung work. As you're sitting here breathing, your lungs are moving in and out. In my lab, we're studying how that motion affects the cells and how we can come up with therapies to treat them in that respect. These different projects are similar to that, but in different systems. We have people doing similar things with bone and similar things with muscle tissue.” 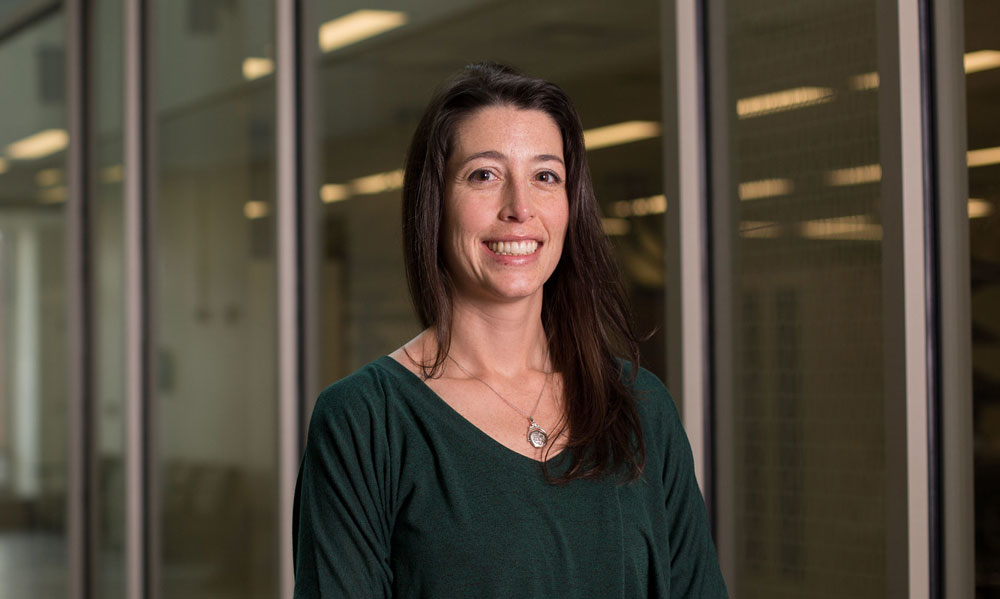 The program has three goals for the participants: to increase their participation in mechanobiology research, to provide opportunities to enhance scientific literacy and communication at the interface of engineering and life sciences, and to prepare them for graduate study or research careers in mechanobiology or related fields.

For Toosi, the hands-on research appealed to him the most.

“I've worked in a lab before, but it was more online data collection, so I've never had the true hands-on experience in the lab,” he said. “I thought that this would be a good experience for me going forward. I'm still deciding whether I want to head toward medical school or go into grad school and get my own Ph.D. eventually.”

Toosi worked with Heise in the pulmonary lab studying how cells divide.

“We wanted to see if they divide at a point of low or high tension,” he said. “If there’s a lot of force between the cells or if there's little force, specifically for the formation of new blood vessels.”

Understanding how cells divide ultimately could be helpful in treating pulmonary disease or cancer.

In addition to cell mechanics, the individual projects are focused on building interdisciplinary skills related to mechanobiology in drug delivery, pulmonary mechanics and orthopedic regenerative medicine.

Aubrey Berger, a rising sophomore at Arizona State University, studied the mechanical relationship between bone and muscle — particularly in space — under Henry J. Donahue, Ph.D., the Alice T. and William H. Goodwin Jr. Professor and Chair of the Department of Biomedical Engineering and co-director of the VCU Institute for Engineering and Medicine.

“What we got was more questions,” Berger said. “The microgravity seems to encourage muscle, which is interesting because astronauts actually lose muscle in space. So the question is … why are the bones sending these messages to the muscles?”

Like Toosi, Berger had worked at a lab, but only performing basic work.

“I wasn’t actually collecting my own data and doing research,” she said. “So I wanted to look for more of a structured program that would allow undergraduates to do research.”

She encourages all undergraduates to look into REU programs.

“For people who are getting their degrees, the most important thing is research because you can get your classes anywhere you like,” she said. “What you need is publication and experience and VCU has that.”