Above: Nathaniel Kinsey, Ph.D., assistant professor in the Department of Electrical and Computer Engineering 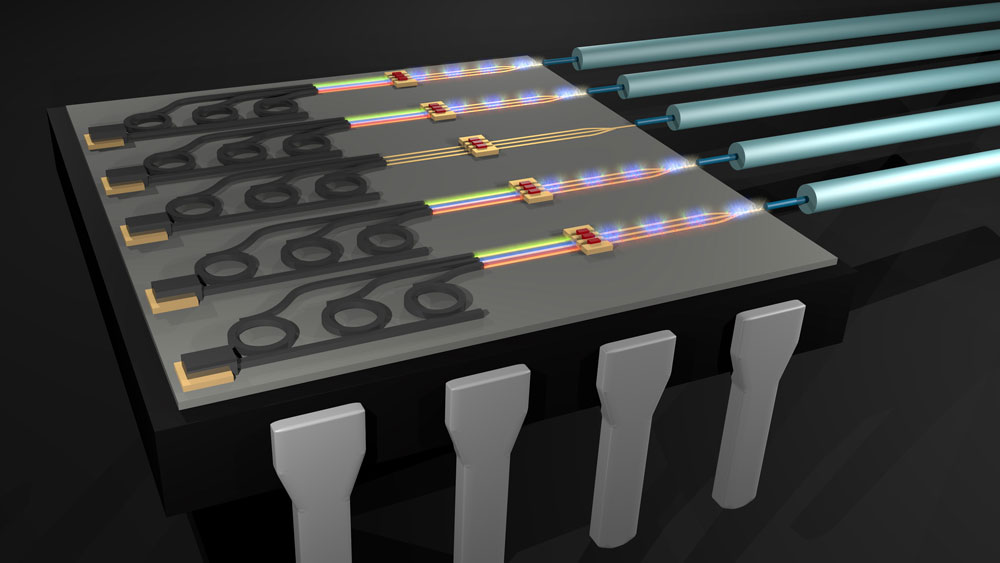 The amount of information being transferred across the Internet is growing at astonishing rates. That process is powered by data centers — the massive hubs in the cloud that let smartphones and other devices send and receive data. Nathaniel Kinsey, Ph.D., assistant professor in the Department of Electrical and Computer Engineering, has received a VCU Presidential Research Quest Fund award for a project that will help make those centers faster and more efficient.

“Everyone wants to watch Netflix and stream music, and you have security systems — the amount of data we’re transmitting from one place to another is enormous,” Kinsey said. “Current infrastructure can’t support the growth of these services, so there is a need to provide increased performance while reducing cost and energy.”

Kinsey proposes to help meet that need by improving the way electronic signals are converted into light signals, the process that drives fiber optics. In a fiber optic system, bits of electronic data are designated as “0” or “1,” and those values can be grafted onto lasers using a modulator. “You can design it so that an electrical ‘1’ lets light pass, but a ‘0’ cuts it off,” Kinsey said. “Think of a laser pointer’s continuous beam of light. You can put your hand in front of it and ‘chop’ the light [off and on] — that’s effectively what a modulator does.” 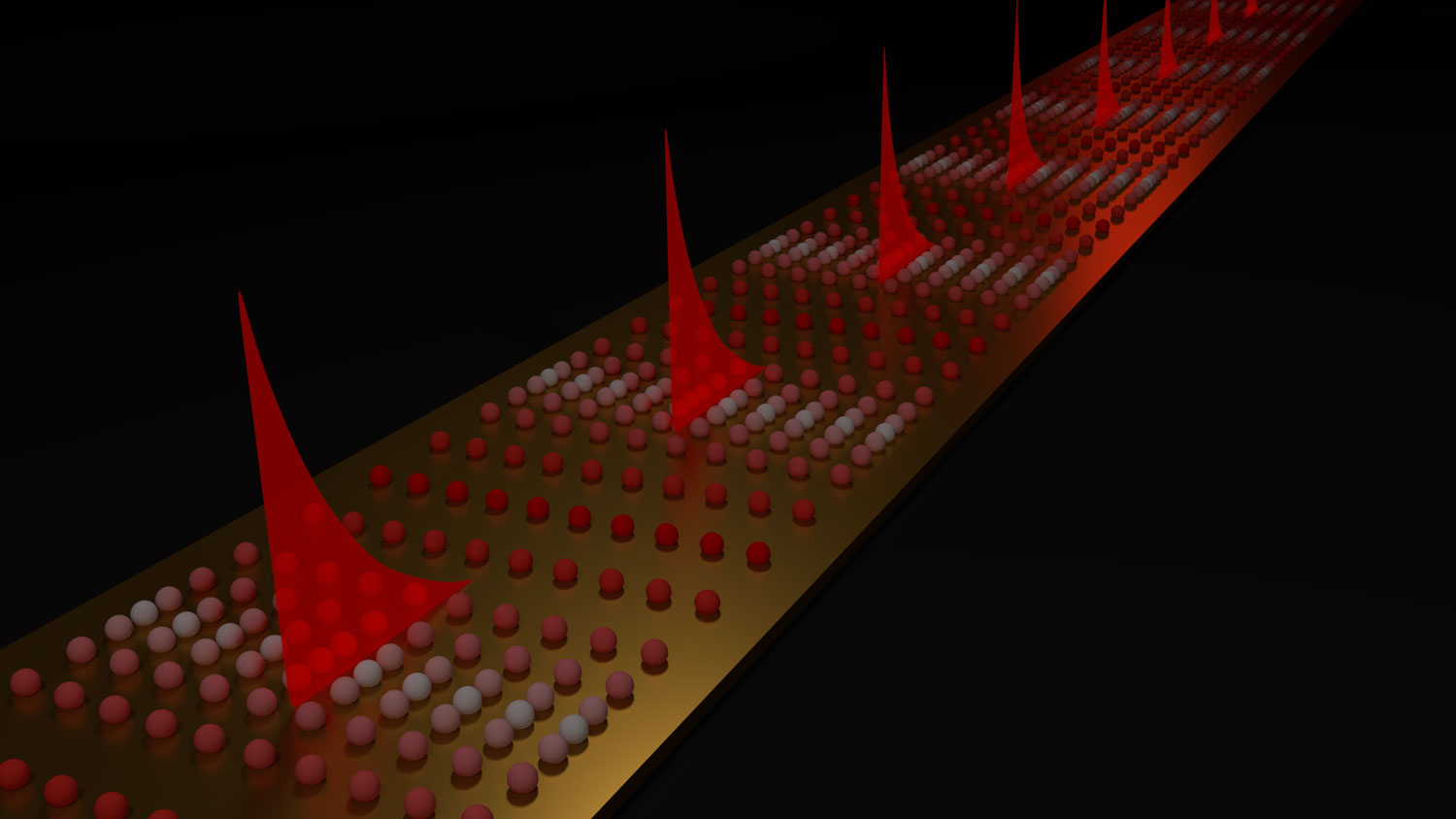 Illustration of surface plasmon polaritons including the induced electron oscillations on a metal surface and the electric field intensity of the wave.

Exploiting cutting-edge physics called plasmonics, Kinsey is developing a technology that he believes will help bring down the size of modulator systems, deliver big cost savings and improve performance. Plasmonics combines light’s electromagnetic energy with the electrons on metal surfaces in order to squeeze light down to the nanoscale. When light hits metal, the light waves interact with metal's electrons to produce energy waves. That energy can be guided and manipulated by modifying the surface pattern of the metal.

“Light doesn’t want to go through [metal]; it wants to be reflected by it. So what we try to do is to ‘couple’ that light with the metal and have the metal actually guide the light,” Kinsey said. “We can think of the process as coupling of some light, plus some electrons.”

Improving that coupler effect has the potential to shrink today’s bulky modulator systems dramatically — something that would also reduce both environmental footprints and financial bottom lines.

“Data centers have hundreds of thousands of computers that have to be connected [with modulator systems],” Kinsey said. “If we can make the whole device tiny and cheaper to produce, then it takes up less space per area, consumes less energy, moves faster and saves a lot of money.”