After dropping out of college and guiding vessels along the Gulf Coast for two years, Cole, now 29, is pursuing a career in scientific research.

Sam Cole remembers the hard work he put in as a deckhand and later as a tankerman on a tugboat while in his early 20s. Cole spent the days tying rope and working with the crew to guide vessels along the Gulf Coast. He was exhausted at the end of each day.

He ended up on that boat after dropping out of Tulane University following his freshman year. A friend worked on the tug and gave him a job.

“I burned through all my cash and had to drop out,” Cole said. “It was a good Tom Sawyer type of adventure, but I knew I didn’t want to spend my life on the boat. I always knew I wanted to do something in science, but I lacked the discipline at 18 or 19.”

Cole, now 29 and a student at Virginia Commonwealth University, will graduate in May with a degree in mechanical engineering from the College of Engineering. He recently completed an Undergraduate Research Opportunities Program fellowship, which awarded him $1,500 and the opportunity to conduct research in a bioengineering lab.

The road to research began after nearly two years on the boat when Cole relocated to Richmond. Cole enrolled at J. Sargeant Reynolds Community College, where he took general interest classes. He eventually earned an associate’s degree and transferred to VCU.

“My plan was always to transfer to VCU,” Cole said. “The minute I dropped onto campus, I began looking for a lab.”

He was able to connect with Joao S. Soares, Ph.D., at the Engineered Tissue Multiscale Mechanics and Modeling Laboratory. Soares, an assistant professor in the College of Engineering, said he was impressed with Cole and knew that he would be an asset to the lab. 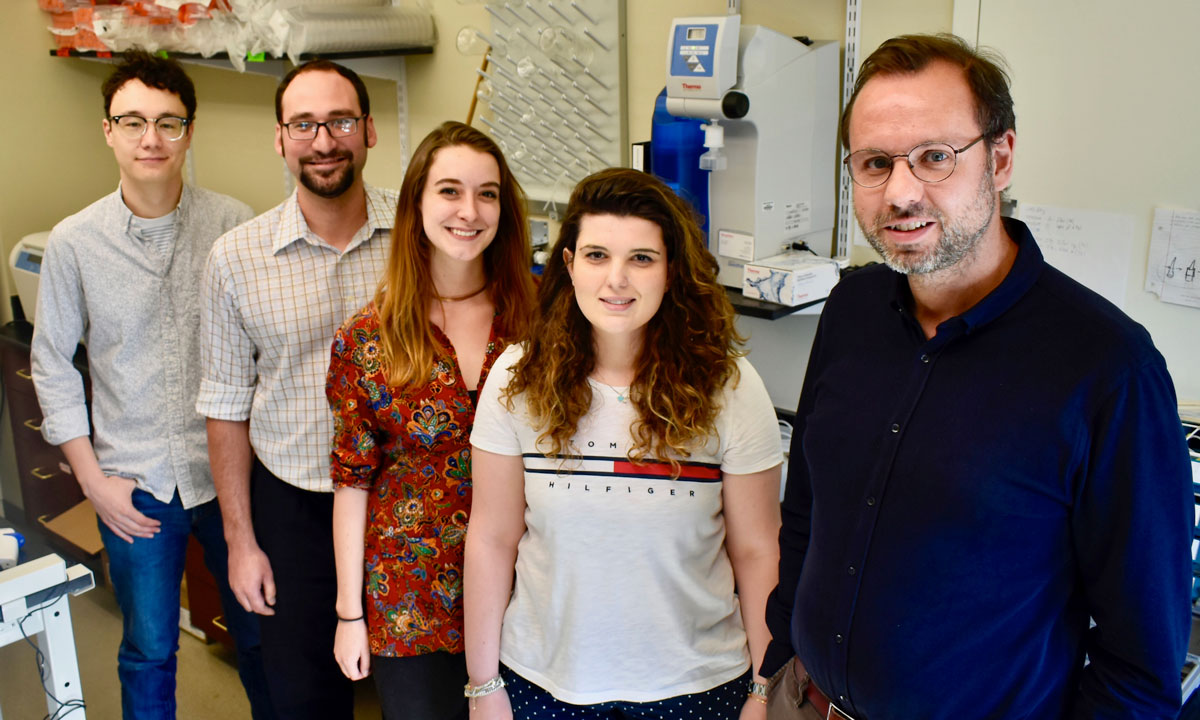 Soares’ research focuses on finding better ways to engineer tissues with mechanical training regimens. Normally, when someone has reconstructive surgery after a severe burn or undergoes coronary artery bypass grafting surgery, the surgeon takes native tissues from the patient and grafts them into position to replace damaged ones.

“Removing tissue from one place to another can be bad, and the ability to engineer tissue to serve as raw material would bring immense benefit,” Soares said.

Soares’ lab is researching ways to take a small sample of cells and grow them into usable engineered tissue. The challenge, often, is not getting the cells to grow, but making them durable enough. The lab tries to find ways to improve the strength of tubular constructs to serve as vascular grafts, generally through mechanical manipulation. Bioreactors, little machines where engineered tissues are produced, bend and stretch them continuously as they grow to improve their strength.

Cole compares the process to exercise. When people run and lift weights, they build up muscle volume and strength. The same is true for cells.

“It’s really a workout regimen for the tissue,” Cole said.

Soares had developed plans for a vascular graft bioreactor to improve engineered tissue creation, and enlisted Cole’s help. Cole spent his first year at VCU in the lab, and Soares suggested that Cole apply for the fellowship. The idea was for Cole to work on the project during the summer of 2019 if he were awarded the grant.

“I was pretty excited,” Cole said of the award. “I made the right decision to go into research. It was nice to get recognized.”

He set about putting Soares’ plan into action. Most of the parts needed to fabricate the bioreactor Cole designed on a computer and built with a 3D printer. Cole designed the original prototype last summer and is working on the third iteration of the machine. Before the COVID-19 pandemic, Cole was working with others in the lab to fine-tune and calibrate the latest design. The goal is to create a device that could be replicated in other labs.

“We are trying to establish protocols for using it,” Cole said.

Soares said he has been pleased with how Cole was able to build a working prototype. He knows there is still plenty of work to do, but Cole’s work has helped move an important project forward.

“He is really sharp and motivated, and he is really interested in this kind of stuff,” Soares said.

Cole is pleased with the research and the direction his education has taken at VCU. The grant provided experience in applying for research funding and showed that he could conduct formal research. Cole said that does not often happen for students in an undergraduate program.

After he graduates, Cole is planning to enter the biomedical engineering doctoral program at VCU. In the fall, he will start doing research with Dean Krusienski, Ph.D., a professor in the Department of Biomedical Engineering. Cole’s goal is to do research at the university level, and VCU has shown him a way to make that happen. He said most colleges have well-established paths to enter industry after graduation, but the road to research is less clear.

“VCU has really laid out the groundwork for someone who wants to pursue a career in [research],” Cole said.