A standing-room-only crowd of about 150 gathered at The Hof in Scott’s Addition for the October Science Pub session titled “Visualize This.” Morgan was the evening’s second presenter.  She described her dissertation project to develop a computational tool to model and analyze changes in fluid density in nuclear reactors. Her adviser is Zeyun Wu, Ph.D., assistant professor in VCU’s Department of Mechanical and Nuclear Engineering.

To design the tool, Morgan is using the Navier Stokes equation, which describes the motion of fluid in space.

“The challenge here is that the Navier Stokes equation has no solution,” she explained with stand-up-comedian-style timing. Morgan held for the laugh, then explained that she is using the famous — and famously impossible — equation to build a “pattern, or analogy” for a mathematical system that can identify fluid density changes. 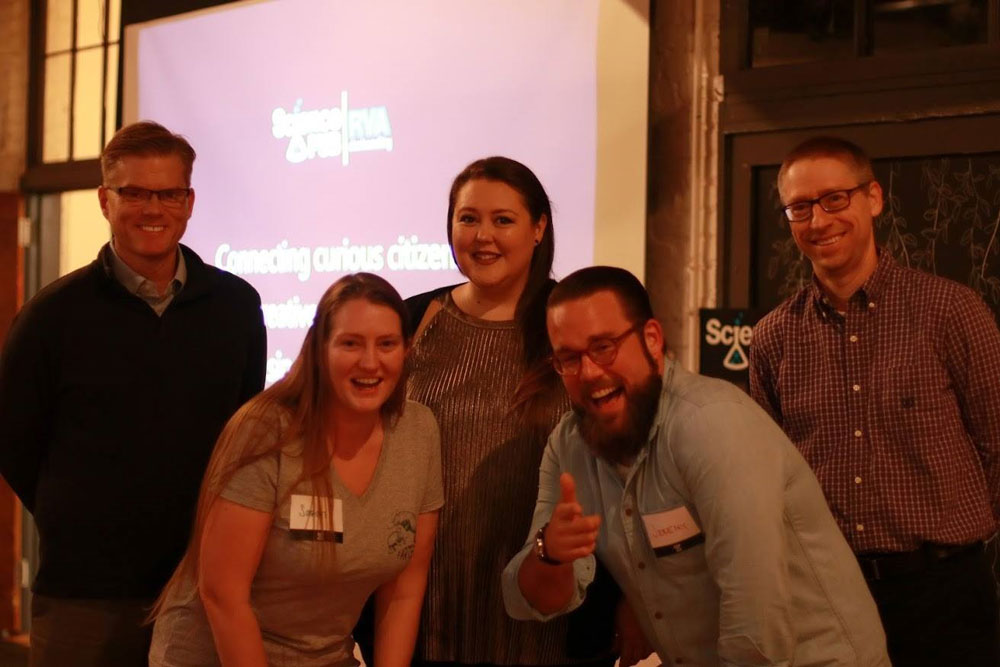 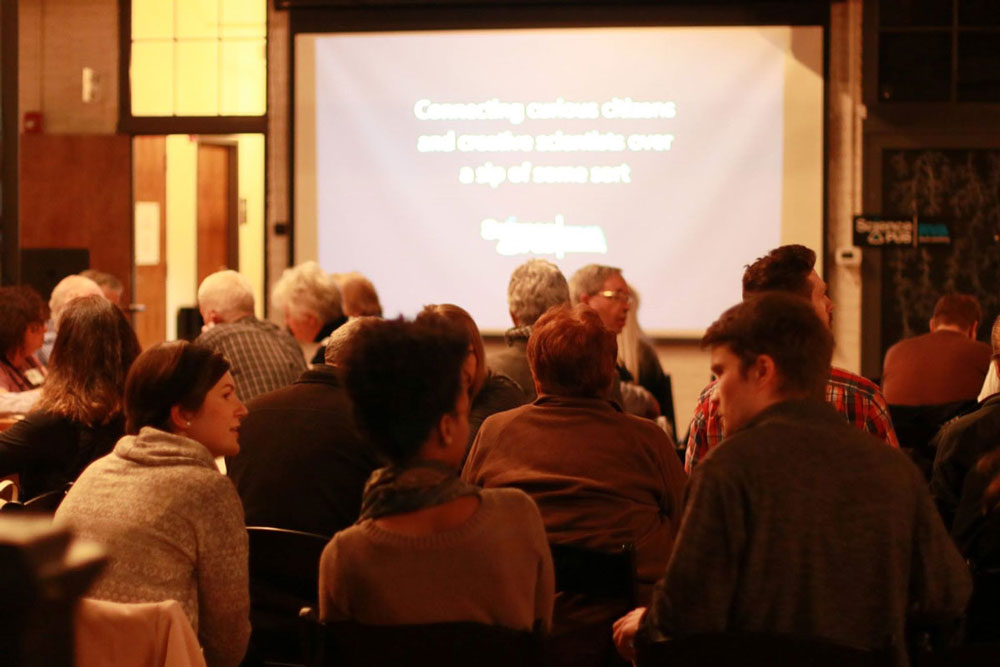 Monitoring fluid density in reactors is critical for nuclear safety. Morgan’s work is aimed at simulating this phenomenon, which is important for designing and licensing reactors.

Density changes in reactors can currently be simulated, but the process takes about four days to complete. The process Morgan is proposing, if successful, will shrink that timetable down to just a few minutes. After the presentation, she fielded audience questions as to whether this method could be used for weather monitoring (no) or to help firefighters assess smoke densities (yes).

Morgan holds an undergraduate degree in mechanical engineering from VCU and worked for a year at the Norfolk Naval Shipyard. She was looking for a new challenge when she returned to her alma mater in January 2017 to pursue VCU Engineering’s hybrid doctorate in mechanical and nuclear engineering, the only such Ph.D. program in the U.S.

"I've been really lucky to work with outstanding professors at VCU's growing nuclear program,” Morgan said. “Working with my current adviser, Dr. Wu, who normally focuses on reactor physics, has not only proven his adaptability and impressive skill for problem solving, but has also opened my eyes to solving problems through varied approaches."