Design, Manufacturing and Processing of Particles and Fibers

This thrust has major research focuses, including (but not limited to) particle/fiber design and synthesis, particle/fiber processing, and particle transport and fate. To design and produce particles targeted for various applications, scientific understanding of momentum, heat and mass transfer within particle systems/processes should be developed through both experimental and theoretical approaches. The control of the size, morphology, structure, as well as the surface functionality of particles and fibers is the major driving force. For practical applications, it is also necessary to have processing techniques for efficient coating, charging, classification, and fluidization of particles, powders and fibers. The transport kinetics and the fate of particles should be investigated through both online measurements and modeling, which are important for engineering design and applications of the particles.

Design, Manufacturing and Processing of Particles and Fibers Documentation 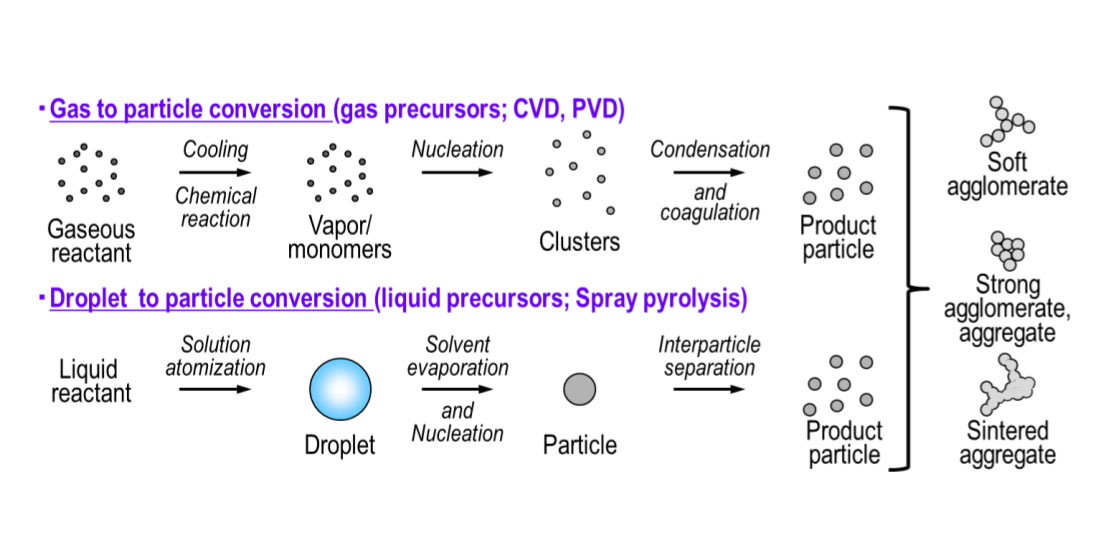 Particles  with various sizes and morphologies can be formed in aerosol routes. Several examples are shown in the figure, ranging from nanoparticles, core-shell particles, porous particles, nanofibers, as well as crumpled 3D balls. 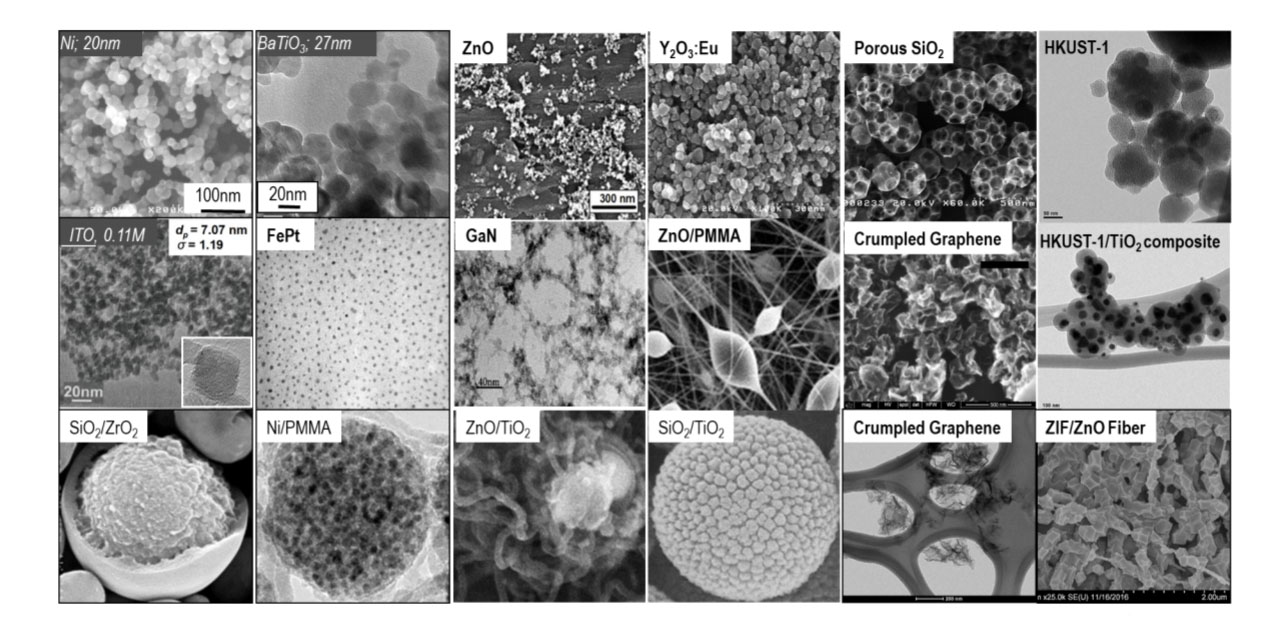 Professors in this thrust