Saving the cities under the sea

Beyond the wonders of the sea lies a growing problem that affects every ocean, beach and continent: Coral reefs are dying all over the world. In fact, some states — even some countries — have regulated what kind of sunscreen the people enjoying their beaches can use. For example, Hawaii will soon ban any sunscreen that contains oxybenzone and octinoxate, which contribute to coral bleaching when washed off in the ocean.

But is that all we can do to fix the problem? For one assistant professor in the College of Engineering at Virginia Commonwealth University, the answer is no. Nastassja Lewinski, Ph.D., is part of a multi-university team researching ways to help coral survive. 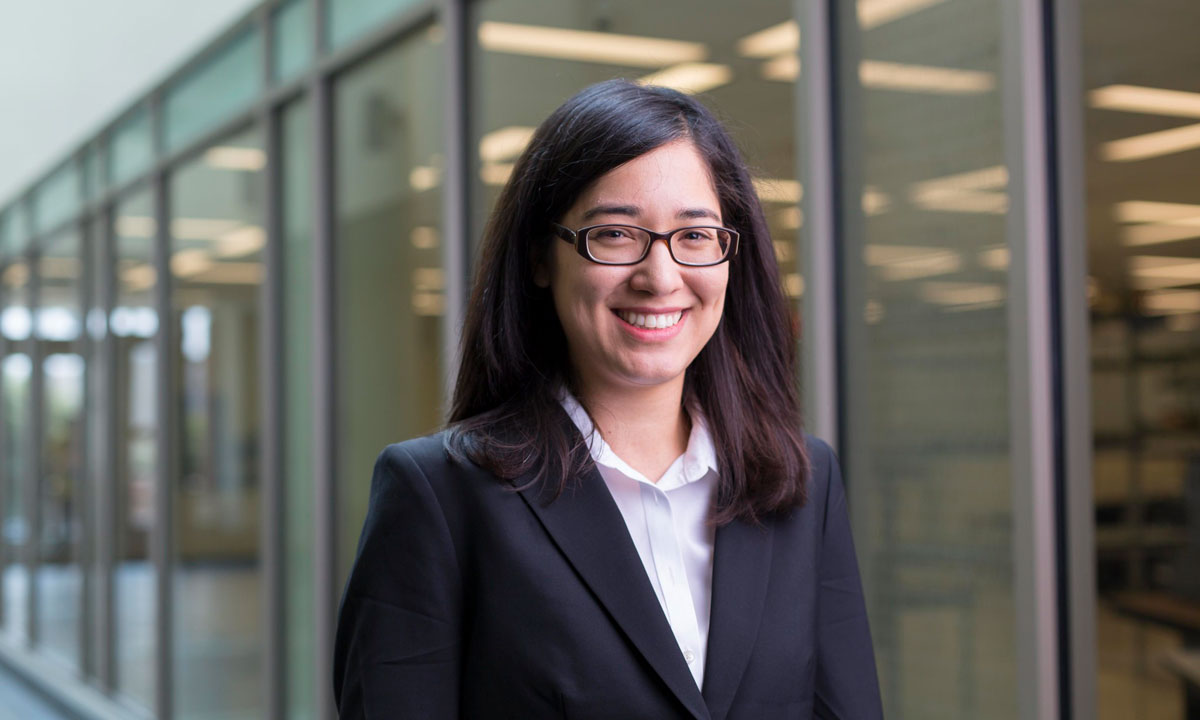 Lewinski is receiving $333,352 over two years as part of a larger National Science Foundation grant to develop a line of similar coral cells and to investigate changes at the cellular level in coral biomineralization, symbiosis and wound healing in response to various chemicals.

In addition, she and her students are working toward developing materials that will arrange coral cells and polyps into integrated networks.

“Corals have primarily been studied at the organism level, both in nature and in aquaria,” Lewinski said. “In this project, we will study coral at the cellular and polyp levels in order to better capture molecular changes. In addition, we will arrange the coral cells and polyps into networks to also interrogate how perturbing one node, or location, affects the network as a whole. Coral live as a colony of connected polyps, which we model as a network.”

Coral, known as the “rainforests of the sea,” is important to the ocean environment because it reduces shoreline erosion, provides habitats and food for marine life and provides jobs in several industries, including fishing and tourism.

“Corals are made up of thousands of different organisms, including the animal host and the algae, bacteria, viruses and fungi that co-exist with it,” said fellow researcher Hollie Putnam, Ph.D., assistant professor of biological sciences at the University of Rhode Island. “They’re more like cities than individual animals, as they provide factories, housing, restaurants, nurseries and more for an entire ecosystem.”

Coral grow their skeleton by synthesizing calcium carbonate nanoparticles that then build the skeletal structure, Lewinski said. In addition to learning how to help coral restoration, studying the biomineralization process can help researchers learn how to prompt coral to grow into certain shapes or biomineralize materials other than calcium carbonate.

Lewinski and Putnam are working with Judith Klein-Seetharaman, Ph.D., director of bioscience and engineering at the Colorado School of Mines; Lenore Cowen, Ph.D., a professor in the School of Engineering at Tufts University; and Jinkyu Yang, Ph.D., an associate professor of aeronautics and astronautics at the University of Washington.

The $1.7 million grant is part of the National Science Foundation project, “Harnessing the Data Revolution,” that engages the research community in developing an advanced cyberinfrastructure to accelerate data-intensive research.

“Corals can ‘print’ resources for themselves and hundreds of thousands of other species, just like a 3D printer,” said Klein-Seetharaman, the project’s lead investigator. “This analogy provides us with a means to cross disciplinary boundaries and learn from the advances made in each individual discipline, using data-driven approaches from computer science and advanced manufacturing techniques from materials science to address an urgent biological question.”