As the temperatures of ‘smart fabrics’ change, so do their colors

Smart fabrics may be the next-generation version of spinning straw into gold.

Christina Tang, Ph.D., assistant professor in the Department of Chemical and Life Science Engineering, is testing new ways to spin liquid crystals into fibers that change color at different temperatures.

Students on her Vertically Integrated Projects team have been working on a project with the U.S. Army to make fibers with these seemingly magical — or thermochromic — properties. Smart fabrics made of soft, lightweight and elastic materials could be used in clothing such as camouflage or for other applications such as detecting the presence of a pathogen like a virus. They have been used to create wearable sensors and devices. 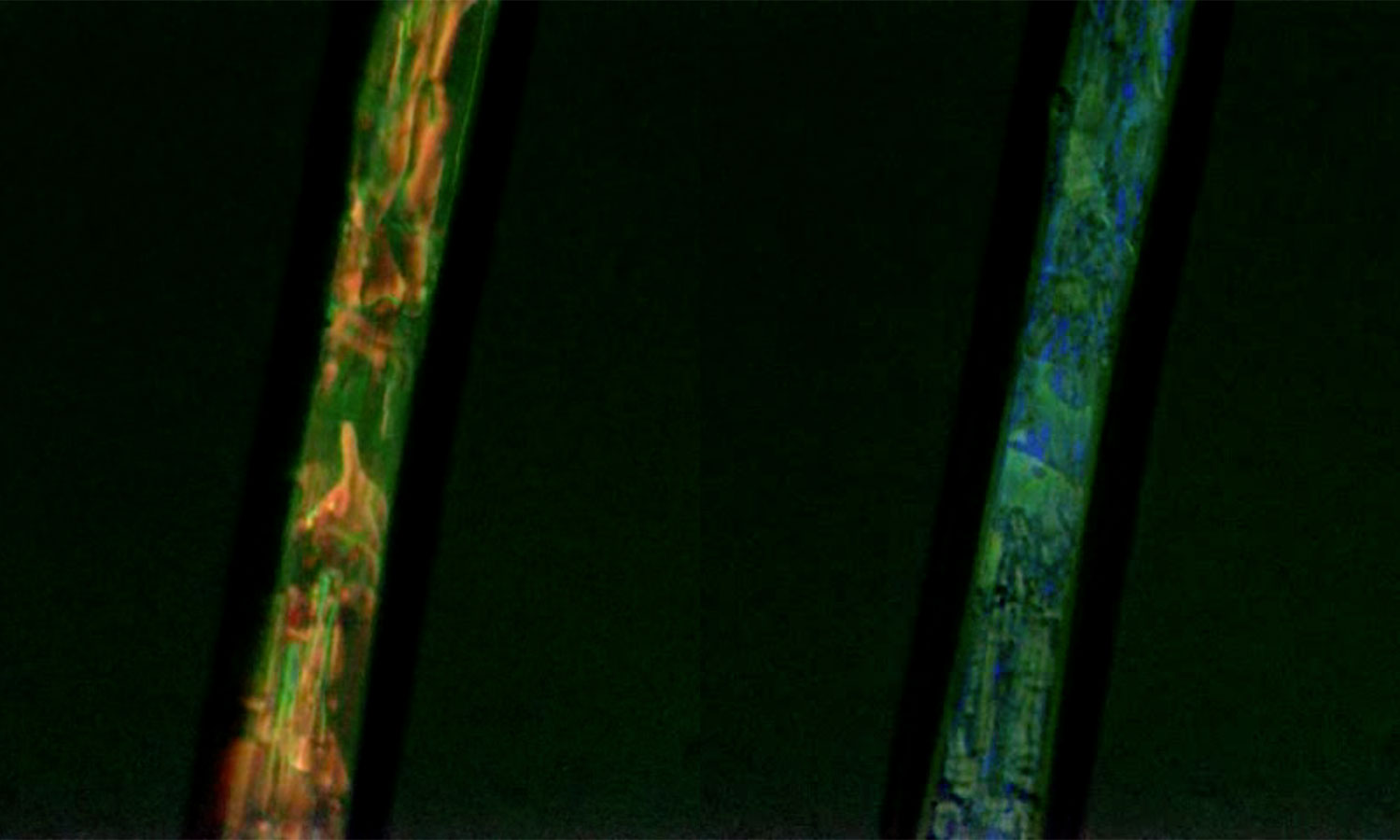 Polarized light microscopy images show the same fiber, made of polyvinylpyrrolidone and a liquid crystal formulation, changing from orange to blue as it is heated. See the video.

Tang works at the nanoscale, where one nanofiber is 1,000 times smaller than the width of a human hair. Her research focuses include functional polymer nanomaterials and nanoparticles.

Polymer nanomaterials are made of plastics such as nylon or polyethylene — the kind of material used to make plastic soda bottles. Her lab makes nonwoven nanofibers, similar to a reusable shopping bag, which can be easily mass-produced. “We like to think about how we can add function to these materials,” she said.

For instance, she said, if an N95 respirator mask contained nanofibers that could detect the presence of the novel coronavirus that causes COVID-19 and respond by changing color, the wearer would know “when you had to change it, instead of just guessing.”

Or imagine using a cleaning wipe that could detect the presence of a bacteria or pathogen and change to a different color. “You could keep wiping until it didn’t change color anymore,” she said.

In her investigation into understanding the fundamental properties of these materials, Tang is testing how to make thermochromic fibers by incorporating liquid crystal formulations into electrospun nanofibers.

Aaron Wimberly, a junior majoring in chemical and life science engineering, began working on the project the summer before his sophomore year. “When I first came into the lab and Dr. Tang was showing me some of the samples of electrospun woven mats and polymer solutions, it was really, really cool,” he said. He has since helped make samples that can change color.

Tang said some researchers focus on liquids while others on polymers. Her approach, at the intersection of the two, applies methods typically used for liquids to these materials.

Instead of a spinning wheel, Tang’s lab uses an electrospinning instrument in a process that she compared to making cotton candy. A nozzle generates the material, which is then pulled into a fiber and rolled into sheets.

The liquid crystals, which are in between liquid and solid phases, have the optical property of reflected color — “the same principle that gives butterfly wings their color instead of dyes that absorb color,” she said. Those found in a liquid crystal display (LCD) laptop or monitor are affected by applying an electric current.

Tang’s group is working with liquid crystals that are affected by temperature. She is seeking to determine how the fiber and liquid crystals can be processed so that a temperature change will result in a change “so we can still get color, but then also fundamentally understand how that processing affects the phase change.”