VCU’s computer science students continue coding their way into hackathon glory. The Rams’ winning streak continued this month at Bitcamp, one of the region’s biggest hackathons. Held in the XFinity Center on the University of Maryland’s College Park campus, Bitcamp attracted more than 1,000 top-notch coders. Among them were 17 programming Rams, who completed six projects and took home nearly $9,000 in prize money. Check out what they designed and executed — all in 36 adrenaline-fueled hours: 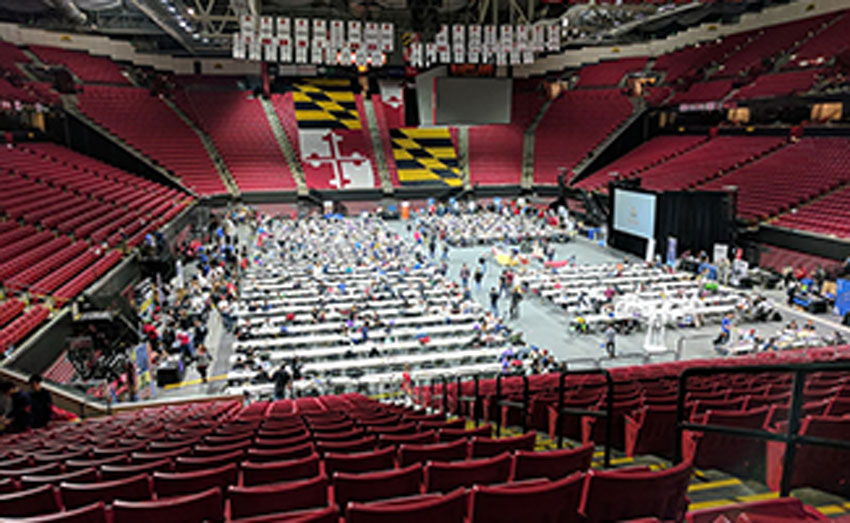 Pictured Above: The University of Maryland’s XFinity Center was the site of Bitcamp, one of the largest hackathons in the region.

Pictured Above: BreachHound, an app created by Paul Hudgins, Courtney Parry, Austin Sarmento, Jonathan Headley, won 2nd Place for Best Use Of Capital One's API - sponsored by Capital One. And Bitcamp tweeted this photo to the world!

Uses past monetary fraud data to map fraud to source locations and gives email notifications if there is a significant correlation. 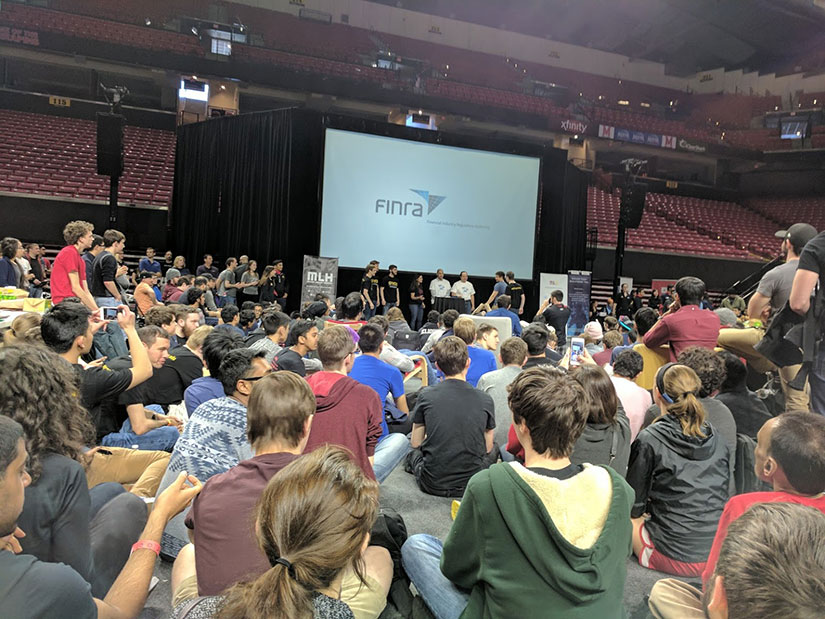 Predicts how ethical an adviser is likely to be based on a data set of the influences around him or her.

A game that lets you operate a helicopter — and avoid a world of aerial obstacles.

Motivates you to drink more water with its water-avatar "Droplet," which is happier the more water you drink.

VCU student: Jay Guan (with 3 students from other universities)

Puts you in a virtual air traffic control tower to try your hand at landing incoming planes.

A suppression system that protects environments from potential security risks associated with Bluetooth. 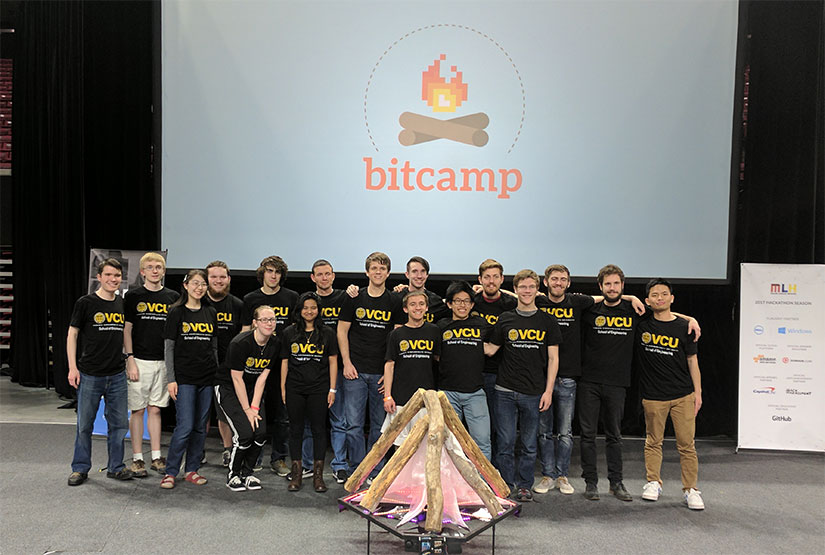